Bowl season is as unpredictable and wonderful a time of year as any. The best college football bowl games are always filled with excitement, drama, upsets and some shocking outcomes. Here’s an overview of the top 2018-19 bowl matchups for your pregame planning pleasure in this wildest of years yet!

The “bowl games today” is a time to celebrate the wild, wacky and wonderful. It’s a time for college football fans to enjoy the game in all its glory. 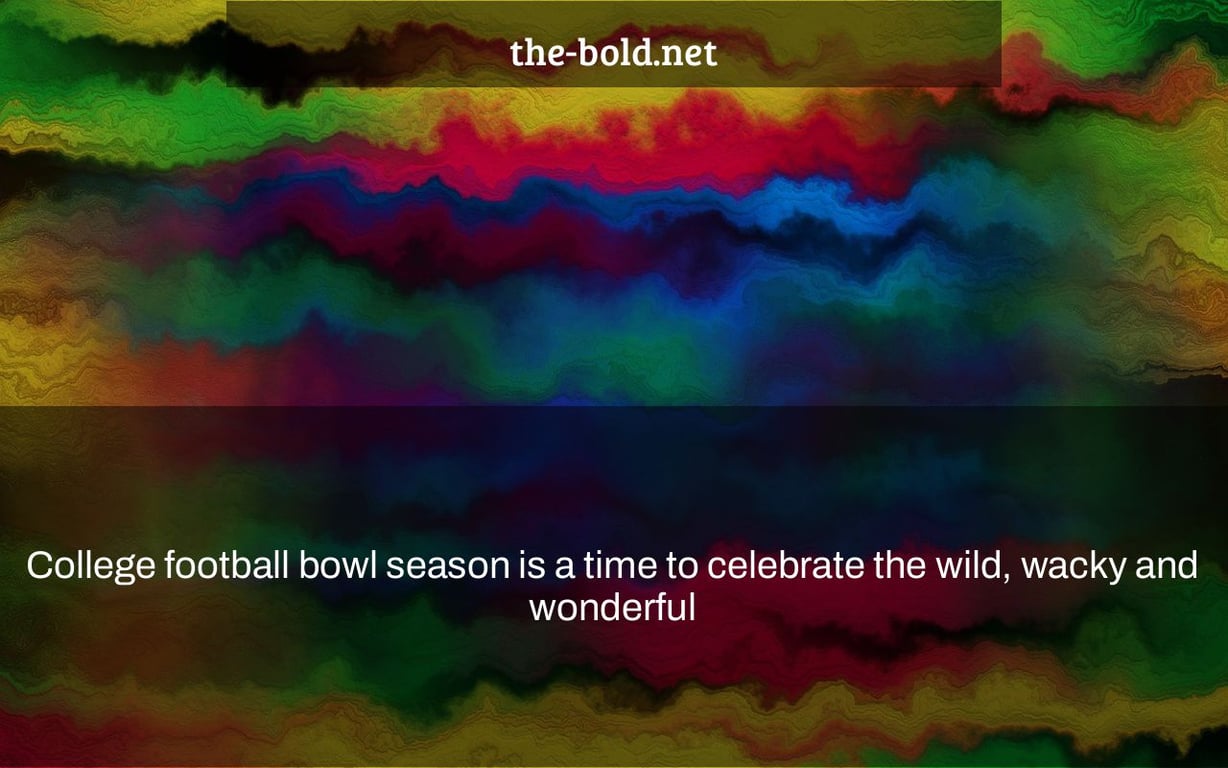 “There are too many bowl games!” exclaims the narrator.

“Tulsa is playing Old Dominion on teal grass on the Monday before Christmas at 2:30 p.m.? What a waste of time for everyone!”

You don’t want to see what’s going on? Don’t bother watching. Hallmark movies and daytime talk show repeats abound over the holidays. Me? I didn’t want to offend Candace Cameron Bure or Dr. Phil, but I was watching football.

Spoiler alert: Candace is leaving her work at a New York advertising firm and returning home to marry the carpenter. Another spoiler alert: On Monday, Dec. 20, Phil McGraw was not watching his own program. He was watching the Myrtle Beach Bowl on the teal field because his favorite Tulsa Golden Hurricane, with whom he played 50 years ago, was winning their sixth game after beginning the season 1-4. It was a squad full of fifth-, sixth-, and even seventh-year players who screamed, danced, and celebrated their triumph in Myrtle Beach like it was the Rose Bowl.

As his players around him in an 80-man group embrace, head coach Philip Montgomery screamed, “Every piece of this counts!”

“Each and every detail counts!” Listen to @TulsaFootball Head Coach @CoachPMonty discuss what it means to his squad to win the #BowlSeason! 🎉🏈 (photo courtesy of @espn) pic.twitter.com/IjAZlzF9ID

Do you believe these games aren’t important? Then you didn’t notice a year ago, when so many teams were fatigued after a year of COVID-induced isolation, uncertainty, and worry, but nevertheless made the journeys to the playoff games that were offered to them. One year ago, North Texas head coach Seth Littrell walked off the same Myrtle Beach Bowl field with his Mean Green squad, and the granite-jawed Oklahoman had tears in his eyes.

“We came here for those guys,” he added, referring to his virus-ravaged lineup, which had just fallen to Appalachian State. “The seniors, the men who are most likely donning a football uniform for the final time. This is the end of a game they’ve been playing since they were able to walk. They’ll remember this for the rest of their lives, whether they win or lose.”

That night, and every night after every ostensibly meaningless bowl game, I recall a discussion I had in May 2014 at the Indy 500, of all places. On the finger of a sponsor sales agent, I observed a huge ring. Brandon Mosely was his name, and he informed me the ring belonged to the 2007 Insight Bowl, which was held in Tempe, Arizona. He was a junior safety for Indiana at the time, and his objective for the season was to “play 13.” When IU head coach Terry Hoeppner was diagnosed with a brain tumor in 2006, the Hoosiers were one victory away from qualifying for a bowl game. He died on June 19, 2007, and his teammates promised to reach the playoffs in his honor.

Indiana was defeated by Oklahoma State in the Insight Bowl. It didn’t make a difference. Mosley handed me his ring and added, “We played 13.” “People like to suggest that these games are pointless. They do, though.”

SEGA Looking to Be Cautious About Possible Future NFT