The transfer saga surrounding Luka Modric continues as Tottenham consider a return on their €60 million investment. Real Madrid’s refusal to negotiate with the player, despite his contract expiring in 18 months time is leading Spurs to reconsider whether they will re-sign him and pay the fee required for a release clause that would allow them to sell him back at any point during his five-year deal.

The “luka modric” is a footballer who has been linked with a return to Tottenham Hotspur. The club have had negotiations with the player’s representatives but they are still ongoing. 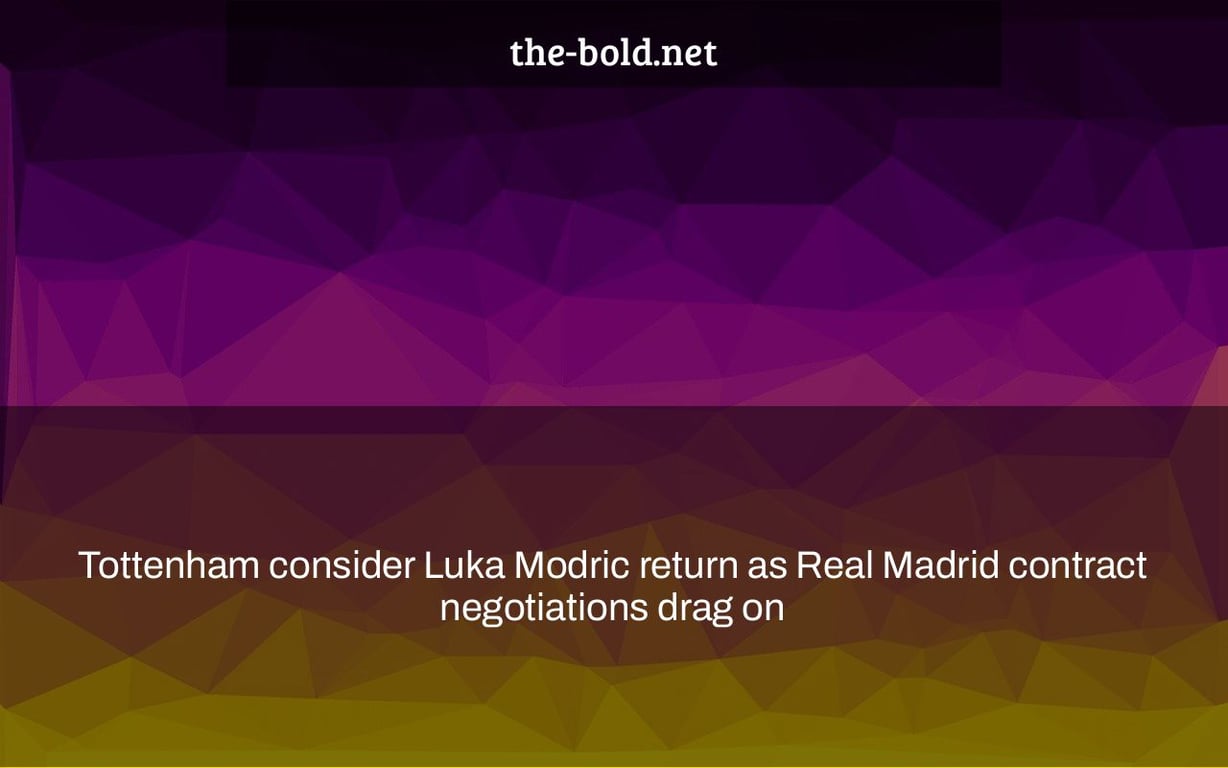 The January transfer window for 2022 is open (see when it shuts here), and there’s a lot of speculation about who’ll be heading where. Transfer Talk provides you the most up-to-date news on speculations, arrivals and departures, and, of course, completed transactions!

Spurs are considering bringing back Modric.

Real Madrid are continuing talks with midfielder Luka Modric over a new contract, but Tottenham Hotspur could offer the Croatia international a return to north London if he’s unable to agree fresh terms with Los Blancos, according to Ekrem Konur. The 36-year-old is out of contract in the summer, with January providing the opportunity to negotiate a pre-contract with clubs abroad.

– Borussia Dortmund are preparing for talks with Erling Haaland and his representatives to discuss his plans for the future, reports SportBILD. The Black and Yellow are said to have offered the Norway international a new contract to stay at the club, paying him in the region of €20m a year, as they want to clarify the 21-year-old’s plan for the future ahead of a summer in which a €75m release clause is said to be active.

– Newcastle United are eyeing two potential alternatives to transfer target Lille centre-back Sven Botman, reports Calciomercato. The Magpies have reportedly had a move turned down for Botman and are now looking at AS Monaco’s Benoit Badiashile and Everton’s Mason Holgate as fallback options to bolster their defence.

– Juventus have joined the race for Lyon midfielder Bruno Guimaraes, writes Calciomercato. The 24-year-old has been linked with a number of clubs this month, with the Old Lady thought to be the latest as they look to reshape their midfield, but OL are reportedly holding out for a transfer fee of €50m before sanctioning the Brazil international’s departure.

– AS Roma were heavily linked with a move for Arsenal midfielder Granit Xhaka last summer, but they could be back in for him this year, according to Gazzetta dello Sport. Jose Mourinho is reportedly looking to revisit a move for the Switzerland international at the end of the season, having already signed Gunners midfielder Ainsley Maitland-Niles on loan for the remainder of the campaign.

– Newcastle United are set to sign Burnley striker Chris Wood, according to Fabrizio Romano. The New Zealand international is said to have a £20m release clause, which the Magpies are willing to meet, and aim to complete a deal soon amid the absence of the injured Callum Wilson.